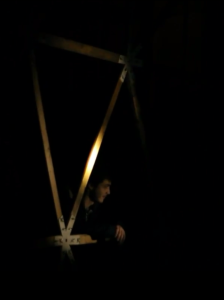 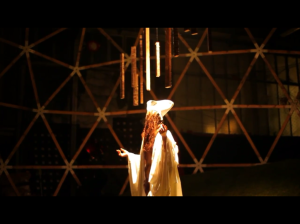 it could be said that performers want to avoid to claim space in a way that a stage is. they are rather the first ones to use the word public, intervention or discovery  and yet watching a performer discovering

in that space, one cant stop thinking that this is a massiv ego trip- wanting to be watched,  finding something to show, claiming to be personally related to the site and true

in performance a lot of intents, no matter the trend, mostly have a beautiful, thought provoking konzept

there is people though who truly and sincerely have something to transmit and they too make their space, make to be seen 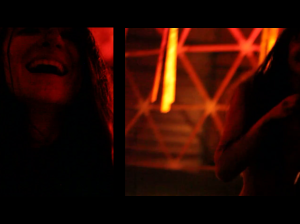 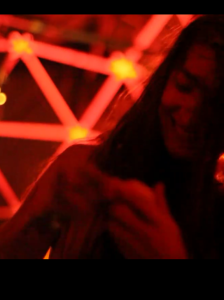 and it makes sense to be exposed to them in return, especially when they are creating a situation

because thats what they are good at,

it falls and goes with the intensity of the person but if it touches, it touches hard. thats when you go home and you ve actually been out- on a journey, with someone you never met before with someone who you ll never forget.

viviana druga, a romanian artist living and working in berlin, she has recently been to paris for ‘ burn to live’, this piece.

a semi globe enclosing her area, consisting of wooden panels, bend to leave triangles of air that served as a  marking point

the point , the furthest in for the audience

inside earth forms a slope with gras  above wooden sticks hanging

around is the people, in its middle lies viviana, and crawls out and straightens up to arrive and to begin 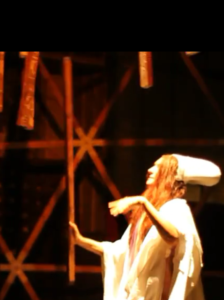 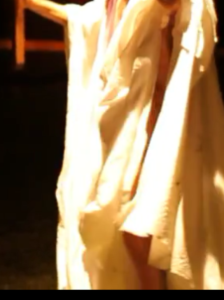 the design of the semi globe encloses yet leaves areas of tangibility. this she accesses

coming closer to pass on something beyond the visual and metaphorical, in fact passing on something physical. surely durational, yet for the revelation to be human together and to be together in the now, its ideal, its transmission.

space as in assemblage of ones talents is a stage but if it works, quiet a few people are being enabled to enjoy the ride